On August 24, 2011, I was out of town with a close friend who had retired from the army and decided to relocate. I went at his request to help him identify a home to purchase because. I was a former real estate agent and I had personally purchased and rehabbed a couple of homes in the St. Louis Area including my current home.

My wife called and explained her car had gotten blocked in by another car and that she received two tickets while using my car, because of the missing front license plate and tab. 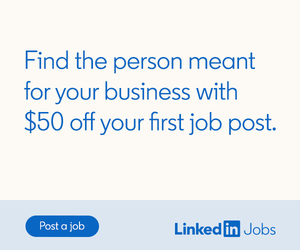 I renewed my license plates and received new tabs at the end of July 2011. Unfortunately, the screw inserts were damaged when I removed the front cover and could not reattach the plate.  I left my keys so my wife could move the car to the other side for street cleaning and hadn’t thought about the missing front license plate.

According to the 2010 census, 127 families living in 168 households and a total of 445 people reside in the village of Uplands Park, MO, where my wife was ticketed.  The village borders include about a one mile stretch of Natural Bridge Road, route 115 and this stretch of road was considered a speed trap.

When the police officer stopped my wife and questioned her about the missing front plate and tabs, my wife explained she wasn’t aware they were missing, that she was driving her husband car and the plate and tags might have been stolen.  She had actually gone with me to the DMV to renew her driver’s license and knew I had renewed the plates.  The officer after returning from her squad car mentioned that she had ran the plates and saw that they were current and handed my wife the two tickets, each carrying a $75 fine.

Police officers have the discretion to issue a warning or a ticket. I felt strongly that it would have been more appropriate to have issued a warning instead of two tickets, especially after the officer verified the plates were current.  I later discovered a Missouri Statute 301.302 that supported me, it states:

“A citation shall not be issued to any person stopped by law enforcement for a missing license plate tab or tabs if such person indicates that the tab or tabs have been stolen and a check on such person’s vehicle registration reveals that the vehicle is properly registered. A law enforcement officer may issue a warning under these circumstances. In the event a citation is improperly issued to a person for missing tabs when the requirements of this section are met, any court costs shall be waived.”

Uplands Park had received a lot of negative press because their stretch of Natural Bridge had been designated a speed trap.

The police department was formed in 2005 and had hired unlicensed police officers. Two officers had been arrested and convicted of felonies. One volunteer officer was convicted of conspiracy to deprive rights under the color of law and admitted helping a former full-time police officer shake down more than a dozen escorts and other women in 2009. The other officer was convicted and sentenced to 25 years in prison for nine felonies, including conspiracy, deprivation of civil rights, witness tampering and lying to the FBI after admitting robbing and sexually assaulting four female escorts.

On October 12, 2011, after trying unsuccessfully to have the tickets dismissed through email communication with the prosecutor, I accompanied my wife to court.  Upon entering the courtroom which was less than half full, I was asked by someone, that I later discovered was an Uplands Park trustee, if I was there for a ticket in my name.  When I explained that I was there with my wife, I was abruptly told that I had to leave the courtroom and wait in another area.  I tried to explain the situation but I was told that only the person whose name appeared on the ticket could remain in the room. When my wife entered the courtroom, I gave her my folder containing my notes and proceeded to the waiting area.

As I waited in the waiting area, I remembered that I still needed to see Uplands Park ordinance “101” which was listed on both tickets but could not be found online. I asked the person behind the counter if I could see a copy of the Uplands Park ordinances and was told, “not while court is in session”. I thought this might be a violation of Missouri Revised Statutes 109.180 which states:

“Except as otherwise provided by law, all state, county and municipal records kept pursuant to statute or ordinance shall at all reasonable times be open for a personal inspection by any citizen of Missouri, and those in charge of the records shall not refuse the privilege to any citizen. Any official who violates the provisions of this section shall be subject to removal or impeachment and in addition shall be deemed guilty of a misdemeanor and upon conviction shall be punished by a fine not exceeding one hundred dollars, or by confinement in the county jail not exceeding ninety days, or by both the fine and the confinement.”

Although I have not fully researched 109.180, it seemed reasonable to me that during a time when the building is open, and people are working the counter in the office where the ordinances are kept, and the court is in session, that it was a “reasonable time” to have access to those ordinances. I asked when could I view the ordinances and was told Monday – Friday between 9 am and 4 pm.

A short time later an elderly woman entered the waiting area. She asked if I knew how much Uplands Park charged for speeding tickets. She explained that her granddaughter had received a speeding ticket in her car for driving 44 mph in a 30 mph zone.  I explained she could probably find an attorney that could take care of it for about $40-50, that she’d still have to pay the fine and court cost, but her insurance rates would not go up.  She was unaware that a speeding ticket would cause her insurance rates to go up. She then stated that her granddaughter was in the courtroom anyway, so she had no way to communicate to her.  I felt sorry for her, she seemed to be a very nice woman and her solution was very simple, all she had to do was tell her granddaughter to plead not guilty, have a trial date set and contact an attorney.  Advising  might be interpreted as practicing law without a license, so I was not able to advise her.

The following day, October 13, 2011, I returned to view the Uplands Park ordinances and to see if any special forms were required to file motions. Since I had been barred from the courtroom, I was planning to file a “Motion to Intervene”, which would have given me standing before the court if granted and a platform to state the fact that I was denied access to the courtroom the day before.

Upon my arrival at Uplands Parks’ office, the same elderly lady from the night before was there.  We were both waiting for the clerk to finish waiting on another person.  Because of the close proximity, I could hear the clerk explaining all the different fees being assessed which totaled close to $500. The elderly woman didn’t appear to be a woman of means; in fact, she was most likely on a small fixed income.

The Uplands Park clerk arranged for two payments of over $200 each.  I sensed by the look on her face as she was counting her money that this fine was going to be a huge burden for her. She didn’t have enough to cover the first payment and phoned for someone to bring her additional money.  The clerk called me to the counter while the elderly lady waited. I asked to see the Uplands Park ordinances.  I also asked if there were any form requirements for motions, some local courts have their own special rules. She inquired about why I was asking so I explained that I was planning to file a motion to intervene because I had been denied access to the court the night before.

The clerk asked to see my wife’s tickets and stated she was going to speak to the prosecutor.  The next day the clerk phoned and stated she had spoken with the prosecutor and the judge and the tickets were dismissed. I couldn’t help thinking about the elderly lady and how differently her situation would have been had she understood more about her rights and legal process.  I began to get upset about how many people experience similar situations simply because they lack  information.

In addition to being harassed by the City of St. Louis and the peaceful Ferguson protesters; the memory of this experience was one of my motivations for creating this site so that others could help themselves. During the summer of 2014, a judge ordered open access to  St. Louis County Municipal Courts. Uplands Park police department has since been disbanded.