After you have completed your legal research, your results, motion, response, analysis, arguments, and conclusions must be reduced to writing in a manner that is understood by those unfamiliar with your case and issues.

Legal writing is used by lawyers, judges, legislators, and others in law to express legal analysis, legal rights, and duties. Legal writing is also used to advocate for or to express the resolution of a litigant's legal matter. Most likely, during some point in your case, you will need to express yourself in writing.

Any writing directed to the court should clearly state the purpose and what it is you want the court to do. Whenever you file any documents with the court, you are usually required to provide a copy to all other parties involved and serve notice (certificate of service) to the court that you did, in fact, provide those copies. Keep in mind that your filed court documents are considered public records and anyone may be able to gain access to them. Writing like any skill can be improved. If your skills need improving check out, "How to Improve Writing Skills in 15 Easy Steps".  Your writing doesn't need to be grammatically perfect. But make sure you're understood by the person reading your writing. Use a dictionary or spell checker to avoid spelling mistakes.

Below, a 1988 basic writing skills educational video, hosted by Cicely Tyson, can help improve your writing.

A style guide is a set of standards for the writing and design of documents, either for general use or for a specific publication, organization, or field. A style guide establishes and enforces style to improve communication. To do that, it ensures consistency (within a document and across multiple documents) and enforces best practice in usage and in language composition, visual composition, orthography (including spelling, capitalization, hyphenation, and other punctuation), and typography. For academic and technical documents, a guide may also enforce best practice in ethics (such as authorship, research ethics, and disclosure), pedagogy (such as exposition and clarity), and compliance (technical and regulatory).

The Chicago Manual of Style is the authoritative, trusted source that writers, editors, and publishers turn to for guidance on style and process.

U.S. Government Printing Office Style Manual has been used since 1894 to determine the form and style of Government printing. The entire 467 page GPO Style Manual in PDF format can be downloaded for free.

Legal writing values precedent, as distinct from authority. Precedent means the way things have been done before. For example, a lawyer who must prepare a contract and who has prepared a similar contract before will often re-use, with limited changes, the old contract for the new occasion. Or a lawyer who has filed a successful motion to dismiss a lawsuit may use the same or a very similar form of motion again in another case, and so on. Many lawyers use and re-use written documents in this way and call these re-usable documents templates or, less commonly, forms.

Legal writing extensively uses technical terminology that can be categorized in four ways:

Common legal terms are included in the Court.rchp.com legal dictionary.

Legal writing is of two, broad categories: (i) legal analysis and (ii) legal drafting. Legal analysis is two-fold: (1) predictive analysis, i.e., an outcome-predicting memorandum (positive or negative) of a given action for the attorney's client; and (2) persuasive analysis, states a position and supports this position by presenting arguments and evidence from several sources, e.g., motions and briefs.

The persuasive document, a motion or a brief, attempts to persuade a deciding authority to favorably decide the dispute for the author's client. Motions and briefs are usually submitted to judges, but also to mediators, arbitrators, and others. In addition, a persuasive letter may attempt to persuade the dispute's opposing party.

Persuasive writing is the most rhetorically stylized. So although a brief states the legal issues, describes authorities, and applies authorities to the question—as does a memorandum—the brief's application portion is framed as an argument. The author argues for one approach to resolving the legal matter and does not present a neutral analysis.

Legal drafting creates binding, legal text. It includes enacted law, such as statutes, rules, and regulations; contracts (private and public); personal legal documents like wills and trusts; and public legal documents like notices and instructions. Legal drafting requires no legal authority citation and generally is written without a stylized voice. 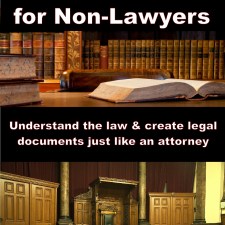