According to a CNBC article, the NFL will vote whether to require players to stand for the "National Anthem" during their next meeting.

If the NFL owners vote for the requirement, they will be on the wrong side of history. The "Star-Spangled Banner" as it was originally written contained four verses, however, only the first verse is sung as our National Anthem. The third verse, celebrated the death of slaves fighting to free themselves, see the video below.

According to VICE, “African-American males are only six percent of the United States population, but comprise nearly 70 percent of the players in the National Football League.” The NFL’s 32 teams earned around $12 billion in 2015 with merchandise sales over $1.55 billion.

If the NFL benefits immensely from the work of black men, why doesn’t it address serious issues of concern to America’s black community? Specifically, why hasn’t the NFL addressed the issue of unarmed black men being killed by law enforcement? "If you're Comfortable with My Oppression, then You are My Oppressor". 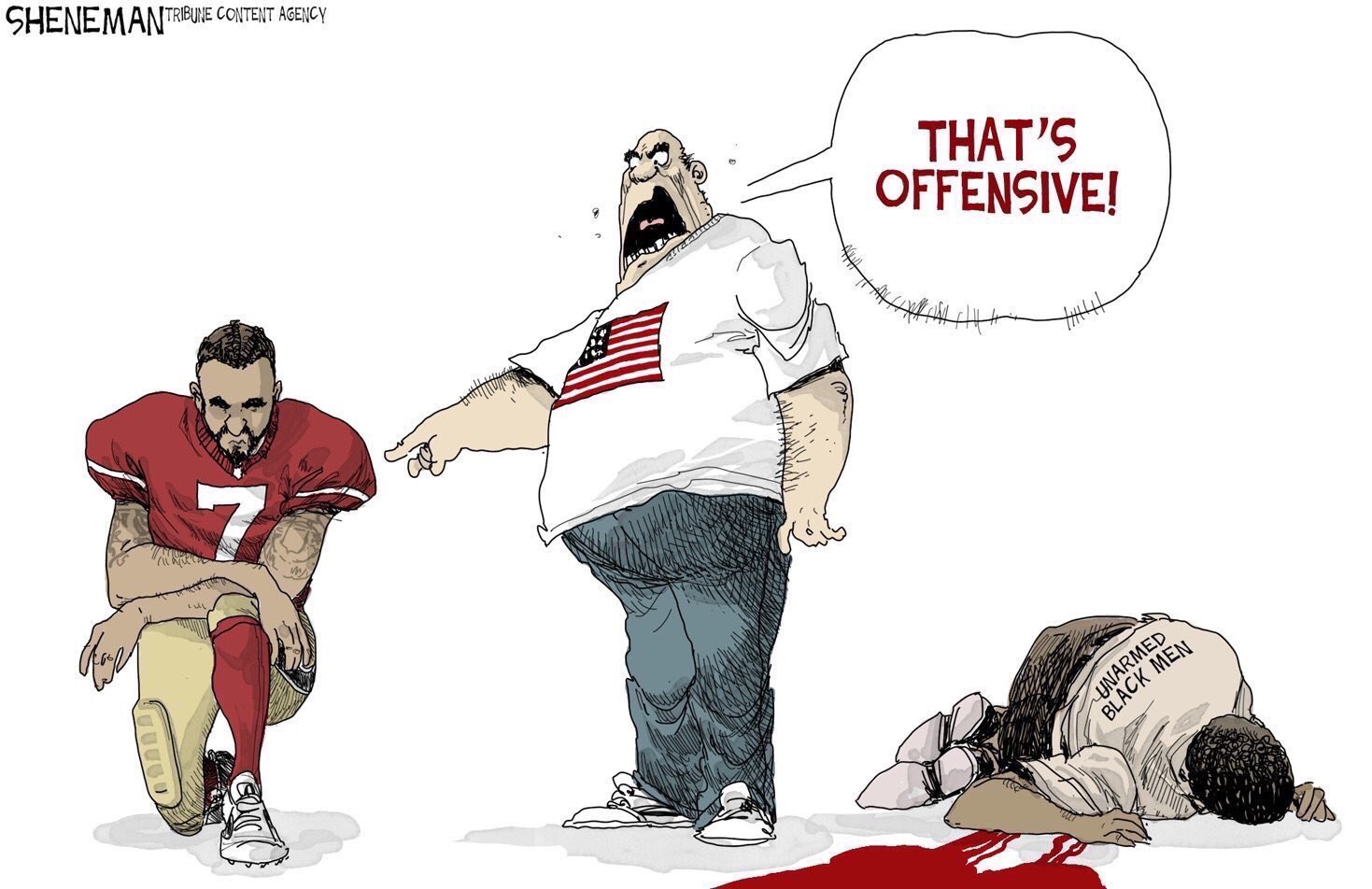 If the NFL votes to force players to stand, civil rights organizations including those that receive "bribe" funding from the NFL need to call for a boycott. I will personally boycott the NFL, just like I did when the WNBA took a stance against its players, and hope others will join me.

Colin Kaepernick and other players refusing to stand during the national anthem has elicited a greater uproar from the NFL than the existence of police brutality and the killing of unarmed black teens and men. To paraphrase MLK's "Letter from Birmingham Jail", "You deplore the demonstrations taking place by NFL Players. But your statement, I am sorry to say, fails to express a similar concern for the conditions that brought about the demonstrations."

It's bad enough that the league seems to have sanctioned Kaepernick by refusing to hire him, but forcing Black players to stand in direct opposition to their belief or self-interest is unconscionable. If you don't support athletes and entertainers when they stand up for your rights, don't expect them to continue speaking out.

A group of pastors has already called for a Blackout of the NFL, see their video below.

Let's be clear, Colin Kaepernick was standing up for others when he refused to stand; it is very unlikely, he would have personally been a victim of police brutality because of his fame and wealth. He put all that on the line to protect not only his rights but yours and mine as well.